All PDF which are provided here are for Education purposes only. Please utilize them for building your knowledge and don't make them Commercial. We request you to respect our Hard Work. Our Intention is to provide free Study Materials for all Aspirants and we believe Education Should be free for All, and for the same reason, we gathered everything and assembled at one place.

If you are new to UPSC field, We recommend you to know about UPSC Prelims and UPSC Mains and also UPSC Optionals for better Understanding. And also Don't Forget to read UPSC IAS Prelims Book List and Links which gives you a great Insight about how and where to start. Following that you can have a look at What is the Best Study Material for IAS Exam Preparation?and Finally You can Visit Our Best Telegram Channels Post.

Click to get 25+ Hacks for G.S. Answer writing (Free Workshop)

Here all materials, Tests are provided from various available sources, as we never own them, or scan them, we ar just facilitators, so we are not intentionally violating any laws, still if you feel that something should not be on site, you can contact us through email: [email protected]

Are the interest rate doves in retreat? It seems so. The February meeting of the monetary policy committee (MPC) was the first one since April 2017 when not a single member voted for an interest rate cut. The only dissenting view from the majority decision to hold rates was to increase interest rates. The Union finance ministry has also toned down its view that Indian monetary policy is too tight. Chief economic adviser Arvind Subramanian said after the budget that interest rates were now aligned with the economic situation.

There is now ample reason for caution. Inflation bottomed out in June. It rose for six months in a row after that. The January inflation estimate was marginally lower than the December one—but it continued to be on the higher side of the formal inflation target of the Reserve Bank of India (RBI). Another small decline seems likely in February. Yet the Indian central bank is now working with an inflation estimate of 5.1-5.6% in the first half of the current fiscal year, which is clearly a cause for worry.

Inflation is expected to ease to 4.5-4.6% in the second half, but with “risks tilted to the upside”, the minutes of the February meeting of the MPC reveal. This is an important change from the situation in December, when it said the risks to its inflation forecast were “evenly balanced”. These nuanced changes in the wording of central bank statements mean a lot.

The MPC deserves credit for reading the inflation tea leaves well. It came under immense fire when it changed its monetary policy outlook from accommodative to neutral a year ago, in February 2017. This change was just before inflation began to fall dramatically. It bottomed out in June at 1.54%. The panel of economists stuck to its position despite pressure from critics who were focused on past rather than future inflation. A central bank that targets inflation should ideally be looking ahead rather than in the rear-view mirror, since the inflation forecast is its operating policy target.

The MPC has given several reasons why it believes inflation in the year ahead will be on the higher side of its target—the fiscal expansion by the government, rising global oil prices, higher food inflation after the budget promise to increase minimum support prices and the closing of the output gap. It did well to look past the temporary effects of higher house rent allowances (HRA) to government employees.

It is interesting that the MPC has continued to keep its options open despite the hawkish commentary on inflation. That is perhaps why it did not take the next step of changing its policy stance from neutral to tightening. A neutral stance essentially means that the next policy move from the status quo could either be a rate hike or a rate cut.

Some critics of the central bank have pointed to the gap between what it has said and done. The weeks after the MPC meeting show why the panel decided to play safe by sticking to the neutral stance. Global oil prices have retreated a bit after fresh supplies of US shale hit the market. And the formula for calculating farm costs announced by the government has far more muted inflationary consequences than many had assumed at the time of the Union budget.

The chances of a rate hike continue to be higher than the chances of a rate cut in the months ahead, especially if the US Federal Reserve goes in for more than the three rate hikes this year that the markets have priced in. The domestic bond market is also jittery, and the yield curve continues to steepen. Benchmark bond yields closed at a two-year high last week. But is a rate cut completely off the table? It seems unlikely, but it is interesting that economists at Bank of America Merrill Lynch are predicting a rate cut in August, in case the monsoon is normal. The investment bank says fears of generalized inflation are overstated by the MPC.

The next few months should see inflation on the higher side, especially as base effects kick in, but price pressures should ease after September. The question is whether that will be enough for the MPC to change course in what promises to be a volatile year in terms of macroeconomic stability.

Click to get Current Affairs Tests from Parivarthan IAS 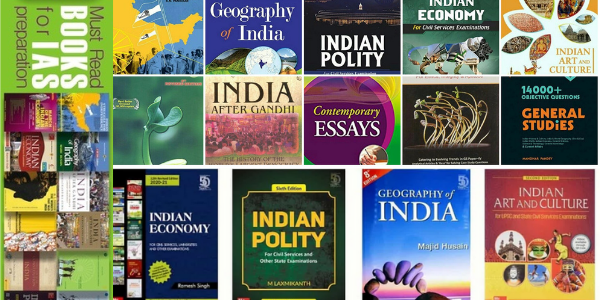 Get Everything in your Inbox